Sheep exist in astonishing variety beyond the typical concept of “fluffy white sheep in a field.”     I had a notion to make something unusual, but nevertheless real.  So I researched rarer breeds, and settled upon the Balwen Welsh Mountain sheep because I really like their markings.  Prior to research, I’d never heard of this breed.  They originated in the British Isles, particularly in Wales.  Here I’ve chosen to create a ewe with her newborn lamb, ready to nurse.

The Balwen sheep are born black, their fleece later fading to brown in sunlight.  It has a white blaze on the face, four white feet (referred to as socks), and white covering the last half or more of the tail – which is normally left undocked.

Now before things get entirely too serious…..the magical sheep reappear in a silly parade of Blooming Ewes sporting their colorful finery.  From floral bonnets to striped stockings and beautiful booties (of the footwear sort!).  (Ps. they are bright for sure, but not neon, like I suspect my monitor is showing me). 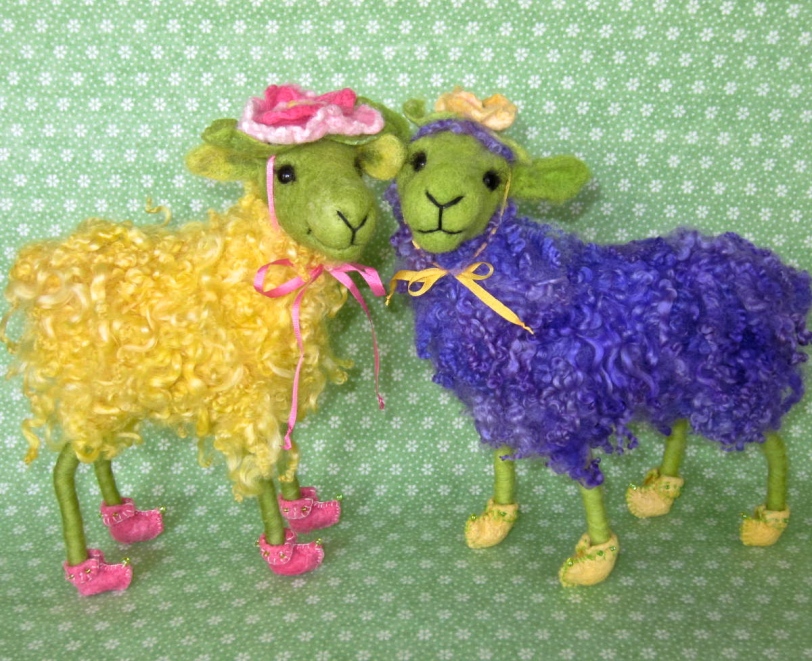